Not long ago we upgraded some Eclipse plug-in projects to Java 8. And never looked back since. Among many other things, filtering, mapping, and finding elements in collections has become so much easier and more concise with lambdas and the streams API. Nothing new so far for the most of you, I guess.

But many existing APIs use arrays in arguments and/or return arrays. For an example, consider this fictional but nontheless common method signature:

And with it comes the extra effort of obtaining a stream from an array to be able to elegantly filter, map, reduce, etc. the elements. And then getting back an array that can be passed on to the old school APIs.

To obtain a stream from an array, there are plenty of choices. For example, this line of code

produces a stream with the specified elements. The same can also be achieved through:

In fact, Stream.of() uses Arrays.stream() to accomplish the task. Making the detour via a List also results in a stream:

Where my favorite is stream() , with the Arrays type statically imported because it is short and still distinctive.

Once we have a stream, all stream features are available, for example, to filter empty strings from an array of Strings:

But how to get back an array with the result?

There are collectors for sets and lists and whatnot, but not for simple arrays. This code snippet

uses toList() to obtain a list of the filtered input and then turns the list into an array in a second step.

I was almost about to implement a custom array collector to eliminate the extra step. Until I discovered that there is a terminal operation to capture the result of a stream into an array as simple as that:

toArray() requires a generator, a reference to a method that is able to create an array of the requested size. Here an array of type String is created.

But wait, there is an even simpler way. As mentioned above, the generator is a function that can create an array of a requested size. And the makers of Java 8 were so kind to introduce some syntactic sugar to directly reference an array constructor.

The compiler extends the String[]::new expression to size -> new String[ size ] . And therefore the generated byte code is the same as with the previous approach but I find the latter much more concise.

And moreover, it eliminates the admittedly unlikely but still possible error of getting the size of the generated array wrong. Consider this:

The created array is obviously too small. Its actual size (one) will never be able to hold the three resulting elements. And thus will end up in an IllegalStateException . When using the array constructor reference, the compiler will ensure to create an appropriately sized array.

Of course, there is also a generic toArray() method that returns an array of Objects and can be used if the actual type of the resulting array doesn’t matter.

Concluding from Arrays to Streams and Back

Like my dear colleague Ralf, many programmers prefer collections over arrays in API interfaces. But there are still many ‘old-fashioned’ APIs that require you to deal with arrays. And as it is with APIs, those won’t go away soon.

How to initialize a Java class

Before we explore Java’s support for class initialization, let’s recap the steps of initializing a Java class. Consider Listing 1.

Each assignment’s value must be type-compatible with the class field’s type. Each variable stores the value directly, with the exception of st . Variable st stores a reference to a String object that contains abc .

When initializing a class field, it’s legal to initialize it to the value of a previously initialized class field. For example, Listing 3 initializes y to x ‘s value. Both fields are initialized to 2 .

However, the reverse is not legal: you cannot initialize a class field to the value of a subsequently declared class field. The Java compiler outputs illegal forward reference when it encounters this scenario. Consider Listing 4.

The compiler will report illegal forward reference when it encounters static int x = y; . This is because source code is compiled from the top down, and the compiler hasn’t yet seen y . (It would also output this message if y wasn’t explicitly initialized.) 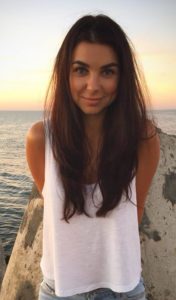